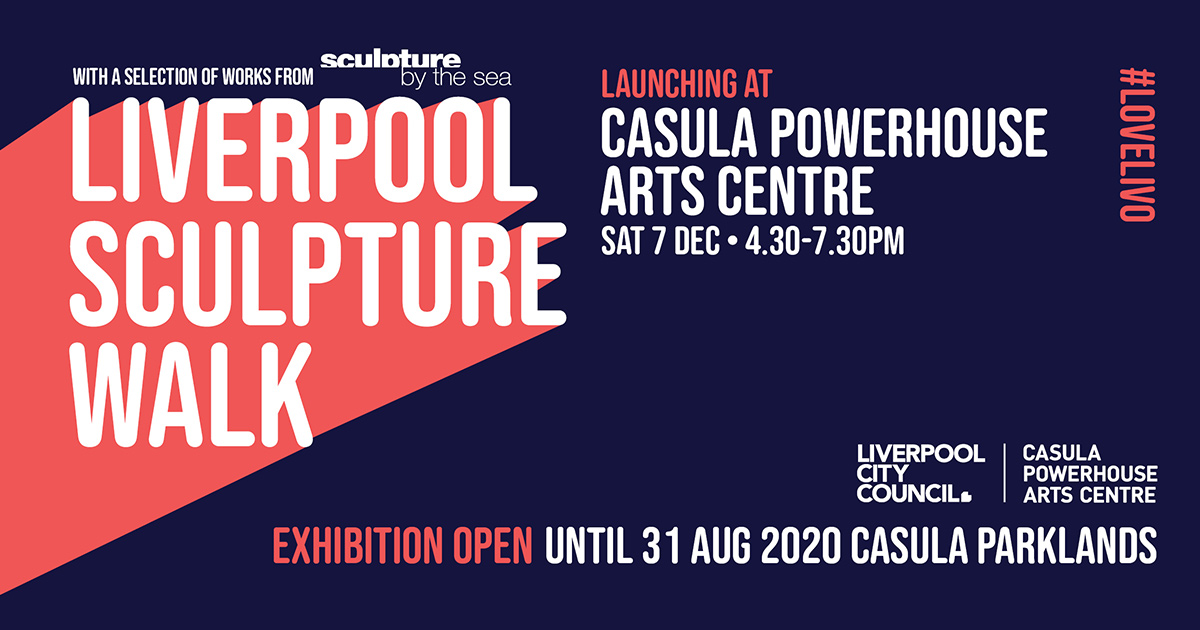 Works from one of Sydney’s most popular art events, Sculpture by the Sea, are coming to Sydney’s South West, with a selection of eight sculptures to be installed along the Georges River in the inaugural Liverpool Sculpture Walk.

When the Liverpool Sculpture Walk is officially opened at 5pm on Saturday 7 December Liverpool will join Granite Island in South Australia as one of only two satellite year-round exhibitions of sculptures from Sculpture by the Sea at Bondi and Cottesloe in Western Australia.

“We are thrilled to be partnering with Sculpture by the Sea for Liverpool Sculpture Walk,” Liverpool Mayor Waller said. “Sculptures that attracted huge crowds to Bondi will now be on display right here in Liverpool.

“I was on the selection committee for these works and I can’t wait to see them installed alongside the Georges River on a trail that begins at our acclaimed Casula Powerhouse Arts Centre.”

David Handley, Founding Director of Sculpture by the Sea, said the decision to exhibit works from this year’s Sculpture by the Sea, Bondi in the Liverpool area was based on the happy marriage of a strong appetite for public art among locals in one of the fastest-growing areas of Sydney and the strong interest of artists to show their sculptures again, especially when the venue is an important public gallery in a high calibre group exhibition.

“We know these works will reach an appreciative, knowledgeable audience,” he said. “Art should be accessible to everyone and the Liverpool Sculpture Walk along the Georges River is a very attractive setting for such a significant display of quality public art.

“We hope these sculptures will be enjoyed by and inspire local people and visitors from across western Sydney and further afield.”

Southern Highlands sculptor David Ball, whose Celest will be installed at Liverpool Sculpture Walk, said the weathered corten sculpture was a departure from his classicist style.

“Nearly all my sculpture is designed to be viewed in the round,” Ball said. “But this piece is one to be viewed from underneath.

“From a distance it’s inviting, hopefully drawing you in underneath where your view is through a slightly chaotic window.

“There’s a sweetness in the invitation until you look through this jagged interior, a high aperture.

“And the precarious nature of it - a massive hefty weight supported by five fairly thin posts or skewers as I like to think of them. Hopefully this makes people slightly uneasy.”

A recent public art survey of Liverpool residents found that 98.6% of respondents identified art as important with sculptures and murals being the most desired forms.

“Liverpool’s arts scene is alive and well,” Mayor Waller said. “We are listening to the community and delivering more public art.”

The works will be on display until late August 2020 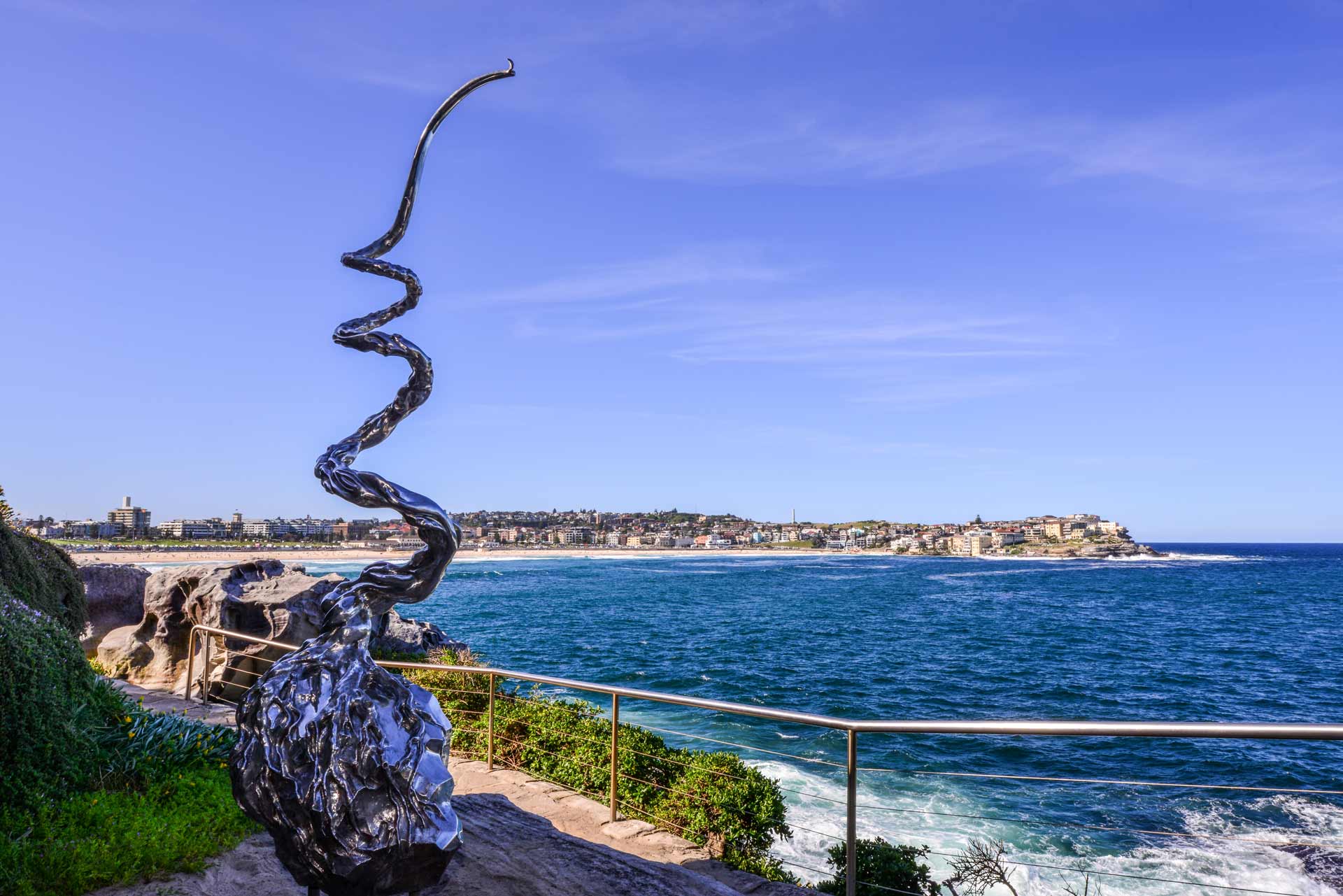 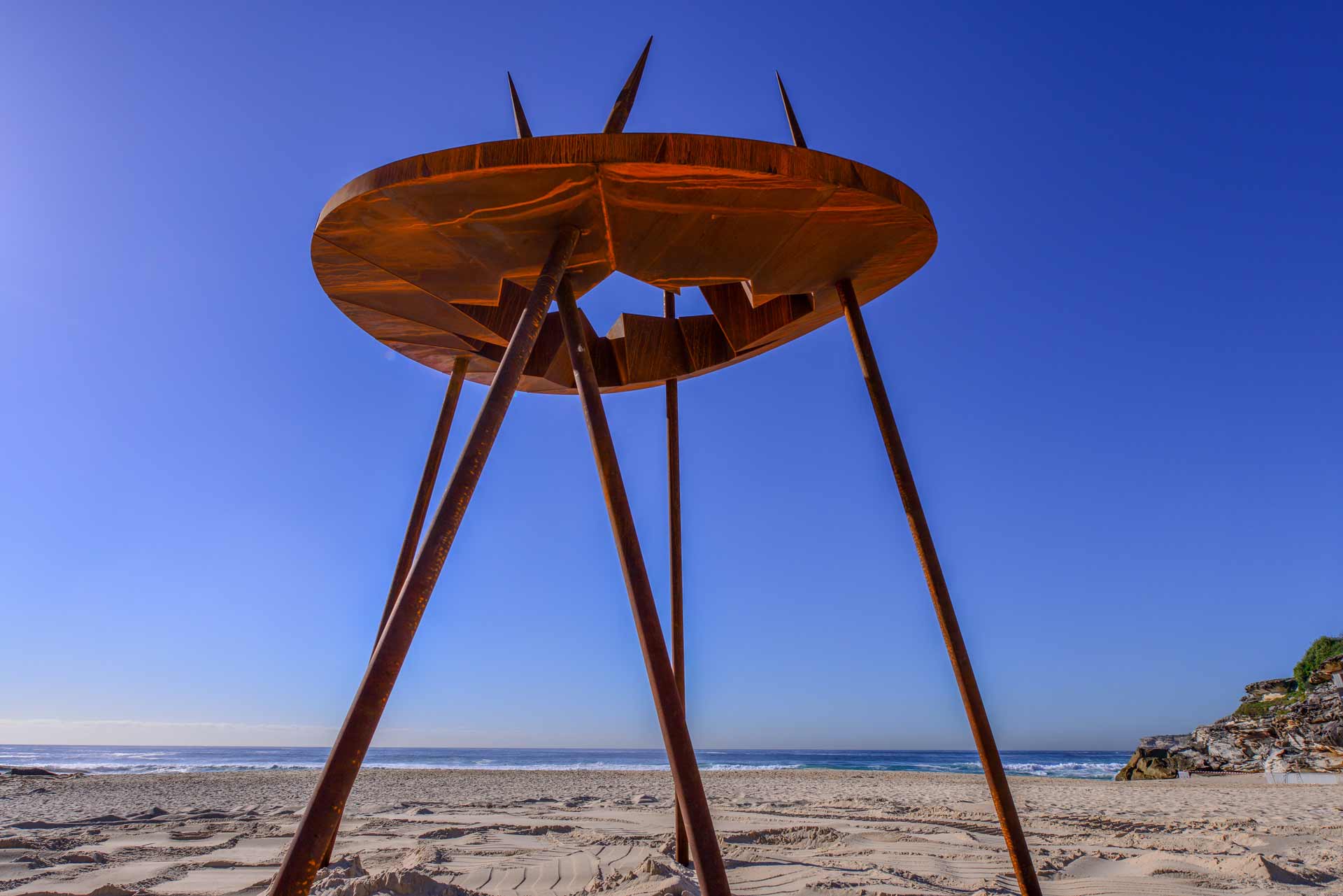 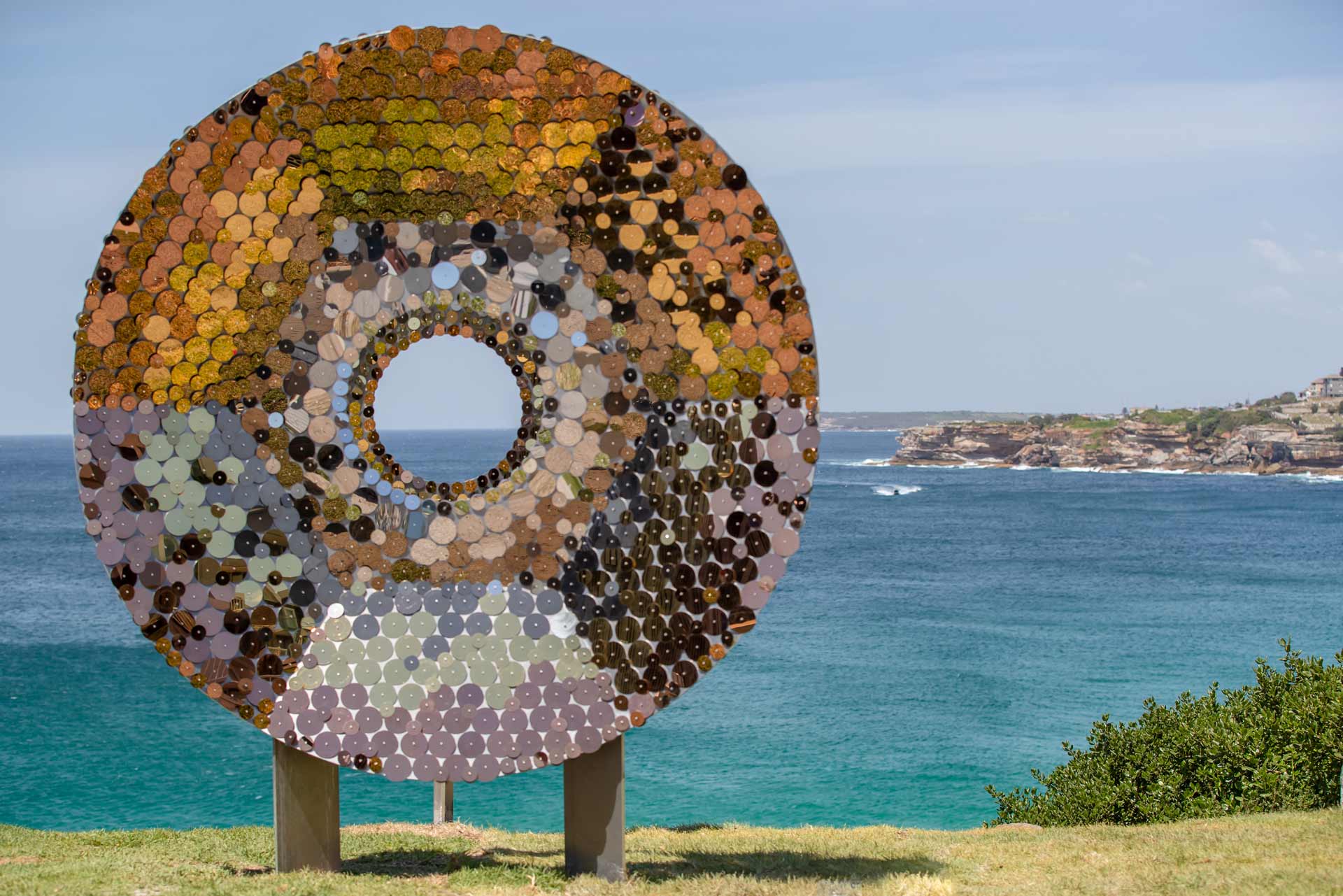 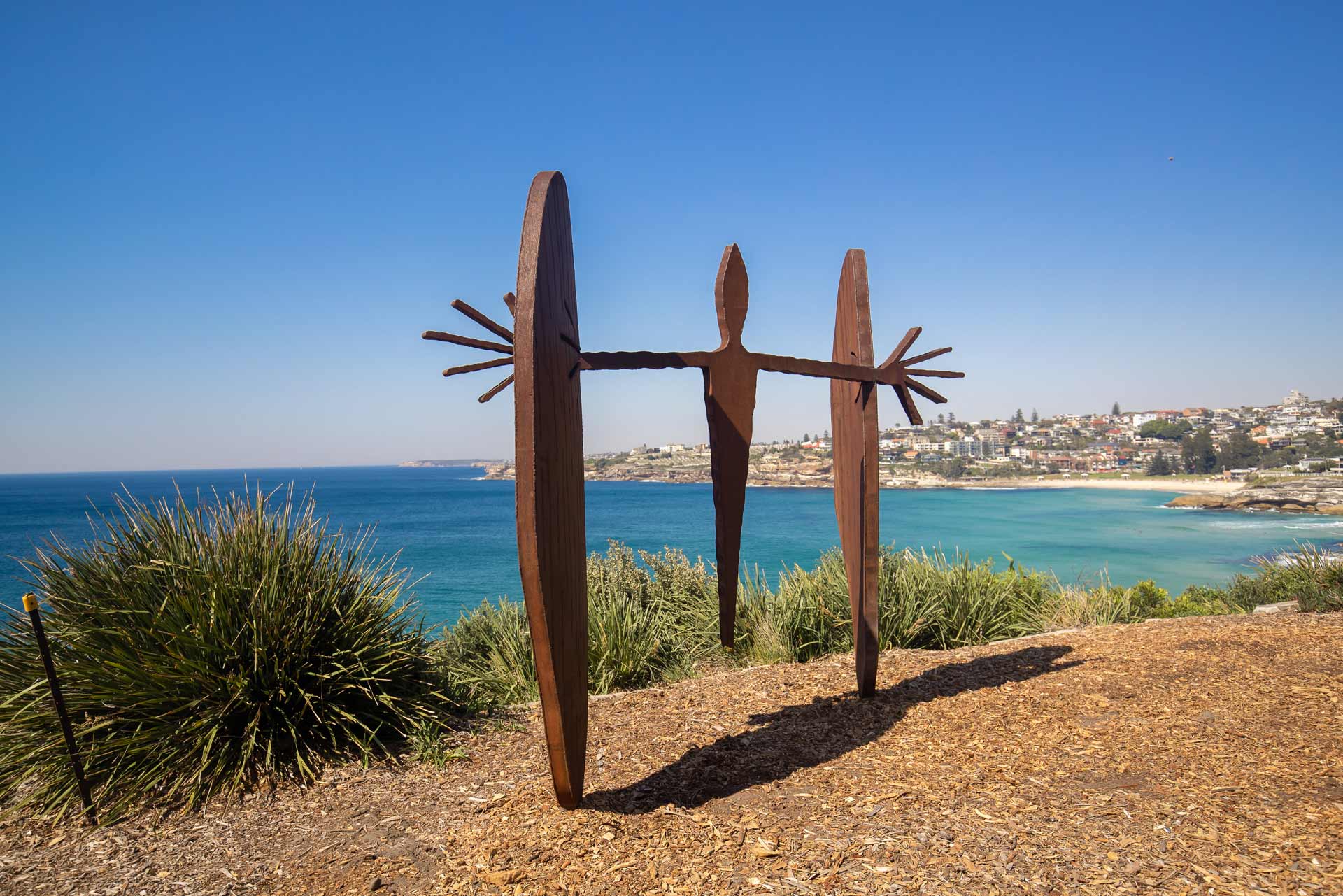 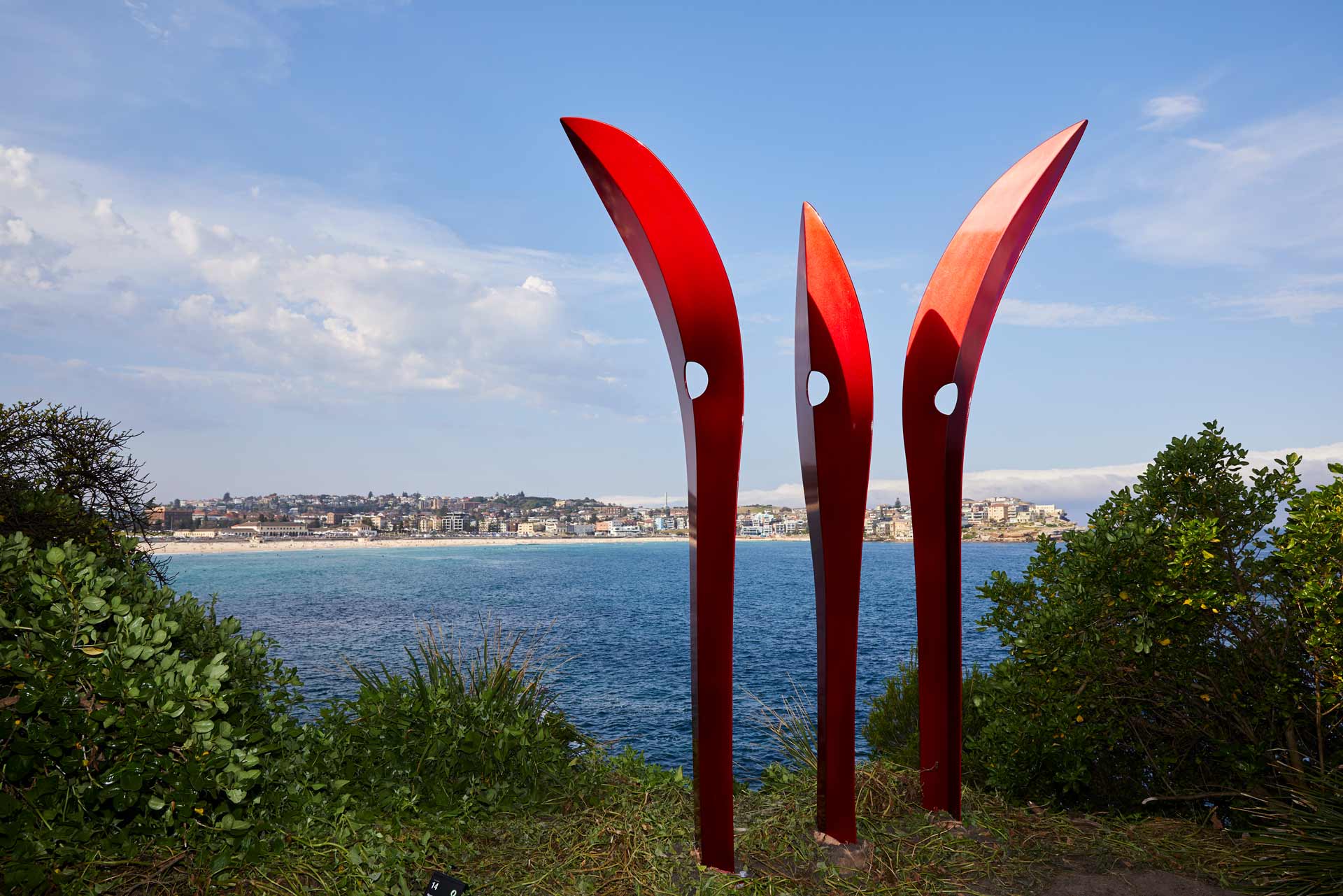 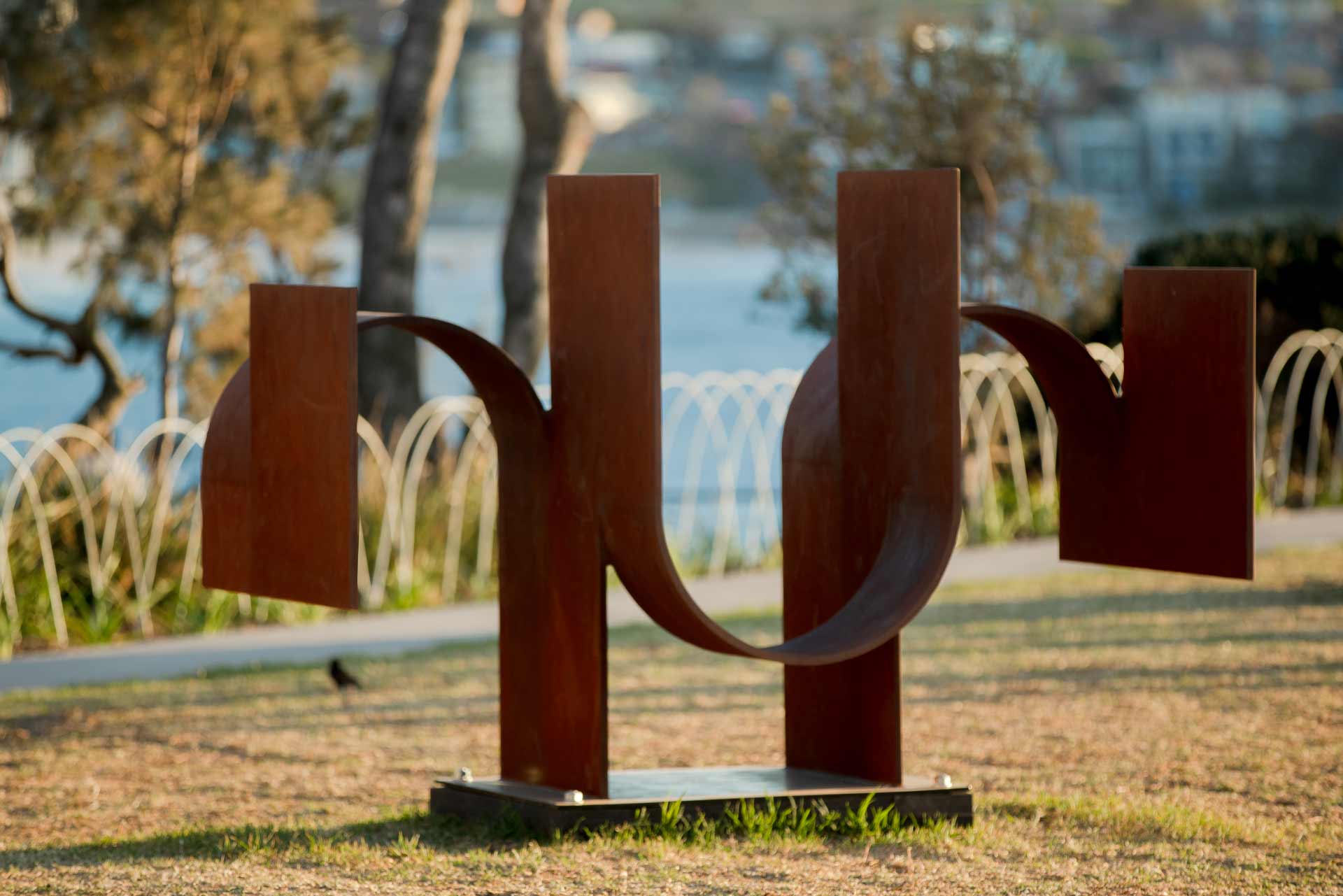 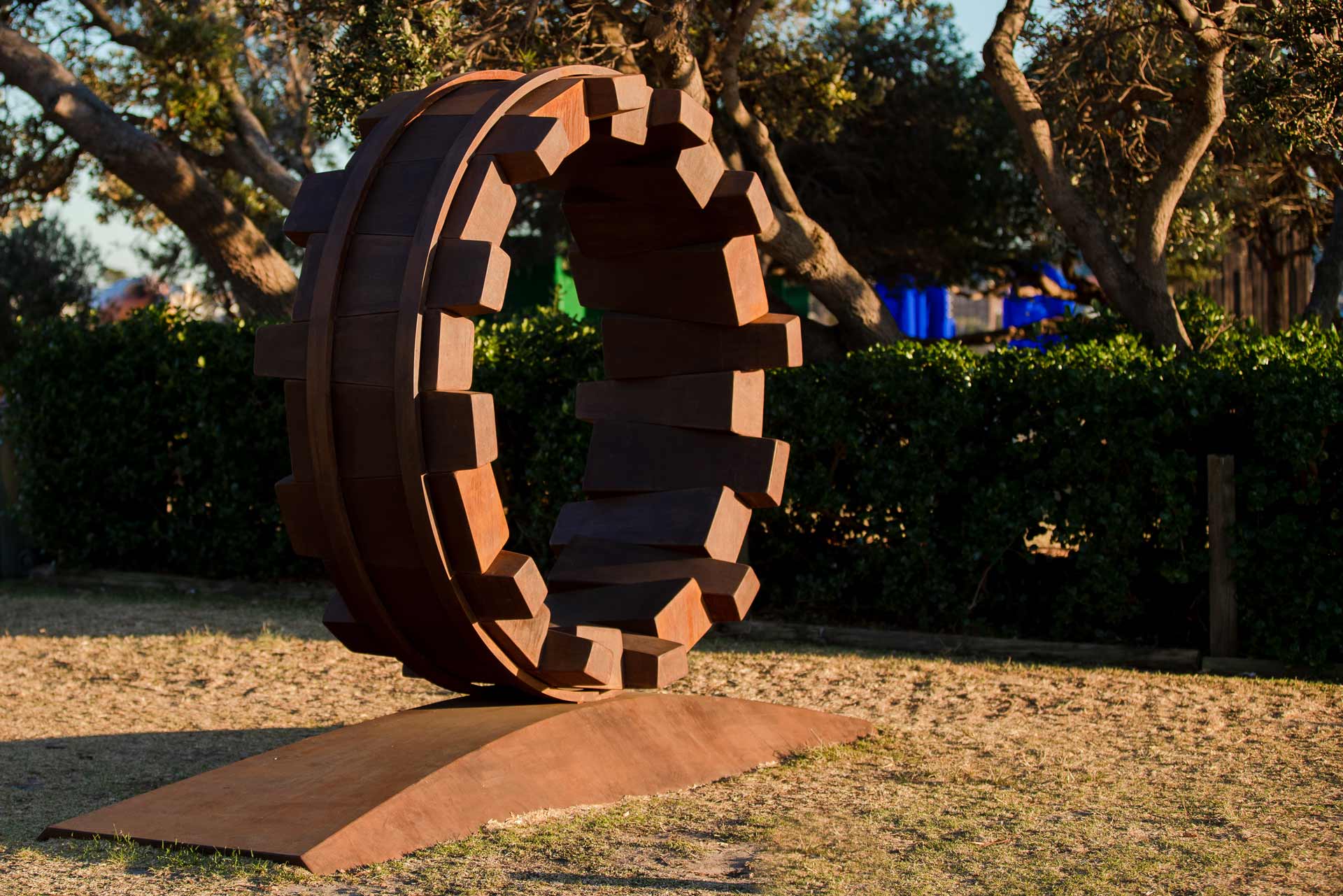