Liverpool is the gateway city to the Western Sydney International Airport, Western Sydney Aerotropolis and home to the Liverpool Innovation Precinct, established in partnership with the city’s leading health, research and academic institutions.

The city has emerged as Sydney’s Third CBD and Liverpool City Council is playing its part to ensure it is an even better place to live, work, invest, study and visit.

Building on Liverpool’s great bones, in 2018 Council undertook a historic rezoning of 25 hectares in the heart of the city to encourage new businesses and double the residential population of the city centre. It is the most significant planning advancement for Liverpool since the city was first designed and its grid was published by Robert Hoddle in 1827.

The rezoning supports Council’s vision to foster a modern, vibrant, 18-hour economy and enhance Liverpool as a walkable city centre in which residents are close to work, universities and schools, shops, dining, entertainment, public transport and green space along the Georges River.

Now new developments can include a mix of uses, including cafes, bars and restaurants, retail, child care, office space and residential, allowing developers to respond to market conditions.

The 2018 Amendment to the Liverpool Local Environmental Plan 2008 has been a driver behind more than $1 billion worth of projects in the pipeline that will provide new jobs, homes and reshape the city’s skyline. 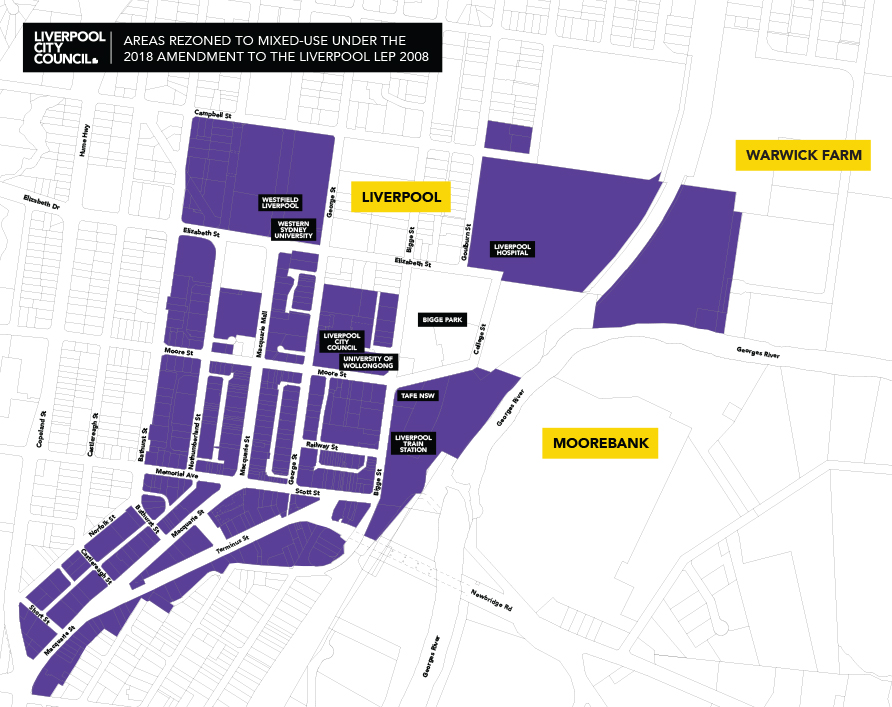