The LEP Review has been endorsed by Council under the Mayor's 100 Day Plan,  which states “Start the process to create a new Liverpool LEP as a matter of urgency”.

Visit the exhibition webpage for more information, to make a submission or complete a survey!

A Local Environmental Plan (LEP) is the legislative document councils use to guide planning decisions. LEPs use land use zones and other development controls, such as height of buildings, lot sizes and floor space ratio to shape the character of a suburb.

Land Use Zones specify which types of developments are allowed in certain areas, for example where houses, businesses and industrial areas are located. Through Land Use Zones, Council can ensure Liverpool develops in places where it makes the most sense.

The Liverpool Local Environmental Plan 2008 applies to various suburbs across Liverpool’s Local Government Area (LGA), marked as blue in the image below. Other suburbs are covered by State Government Planning Legislation and are not impacted by this review. 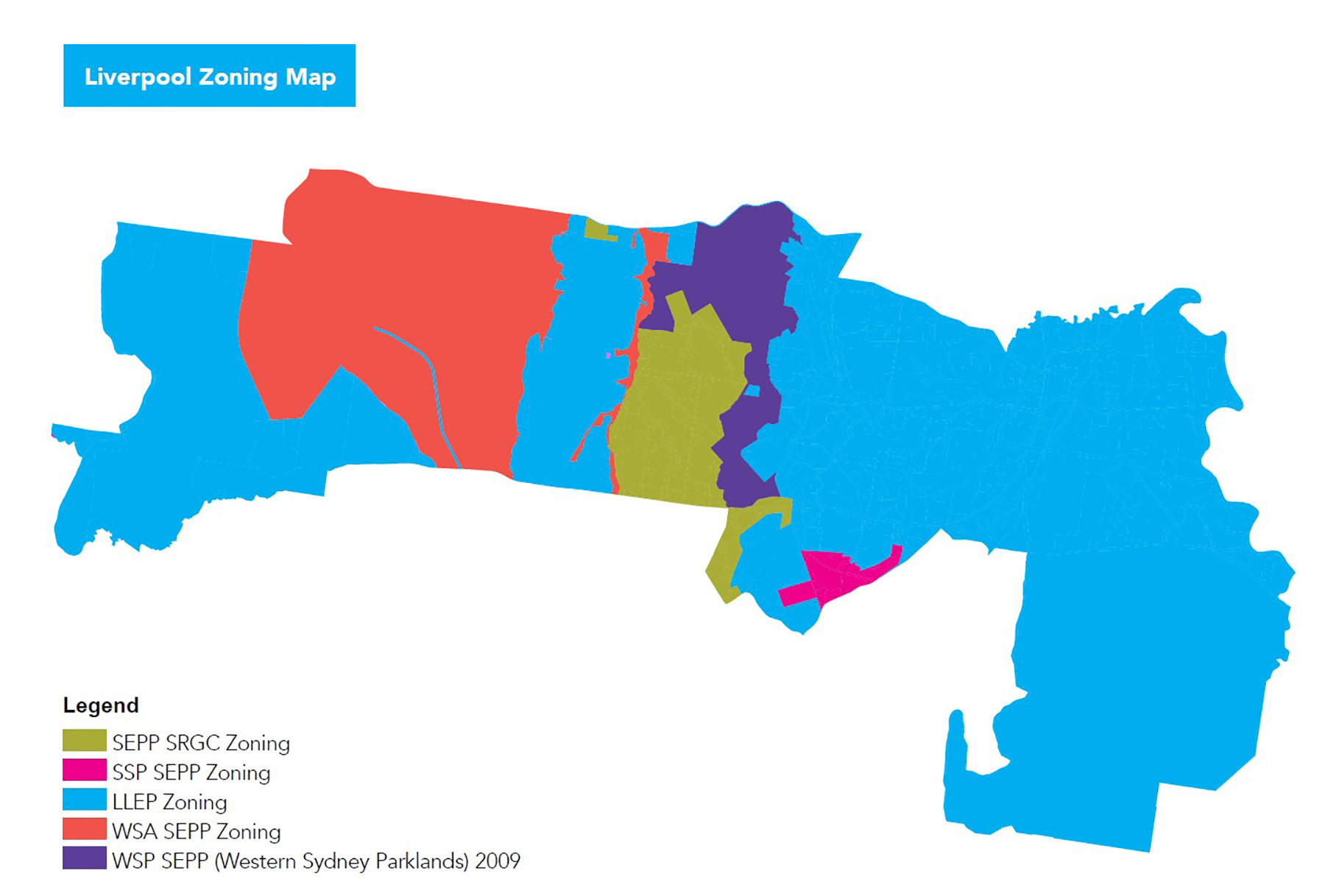 Suburbs under the LLEP 2008 include:

*No changes are proposed to rural land under the LLEP 2008, as a Rural Lands Strategy will be developed and community engagement will occur separately, prior to amending the LLEP 2008

^Part of the suburb is under the LLEP 2008, and certain parts are covered by separate planning legislation not part of this review

The Mayor’s 100 Day Plan included a commitment to “Start the process to create a new Liverpool LEP as a matter of urgency”. There was also a commitment to reduce the height of building to a maximum of 12m across numerous suburbs, which is being addressed by this review.

Extensive community engagement occurred during 2019 and 2020, as part of developing the Local Strategic Planning Statement “Connected Liverpool 2040” (LSPS). Council heard the strategic planning priorities of the community which have been included in the final LSPS document. This LEP Review is addressing the priorities in the LSPS, notably protecting the suburban character of residential areas.

During the Phase #1 Review, Liverpool City Council undertook several studies relating to residential, industrial and commercial land in the LGA. These investigations were used to inform various Land Use Strategies, which were adopted by Council on 26 August 2020.

The above strategies contain a number of short, medium and long term actions, to inform a new Local Environmental Plan. These recommendations are now under consideration by Council as part of this review.

The LEP Review is investigating changes to residential, commercial, industrial and environmental aspects of the current LEP, including investigating the following:

Visit Councils Online Map tool, to determine the land use zone in the LLEP 2008 (and other State Legislation not covered by this review).

Visit the Exhibition Website to view Summary Sheets and proposed draft changes to your suburb.

Printed copies for viewing are available at the Customer Service Desk at 33 Moore Street, Liverpool and at all Council libraries. If you do not have internet access and cannot access these locations please call us on 1300 36 2170.

Below is a brief indicative timeline of the Phase #2 LEP Review:

The LEP Review is in its early stages. A Planning Proposal (see timeline above) is required prior to these changes being finalised. Therefore, the proposed amendments do not affect any current Development Applications under assessment by Council or appeal processes.

Council is accepting submissions on the draft proposed changes until 13 November 2022.

There are two ways to make your submission:

If you have any questions about the exhibition, please contact Council on 1300 36 2170, or email the team at lepreview@liverpool.nsw.gov.au.

To receive notifications on the progress of the LEP Review, please CLICK HERE.

Note if you have made a submission via the Exhibition Webpage or email, it will automatically be included for updates.