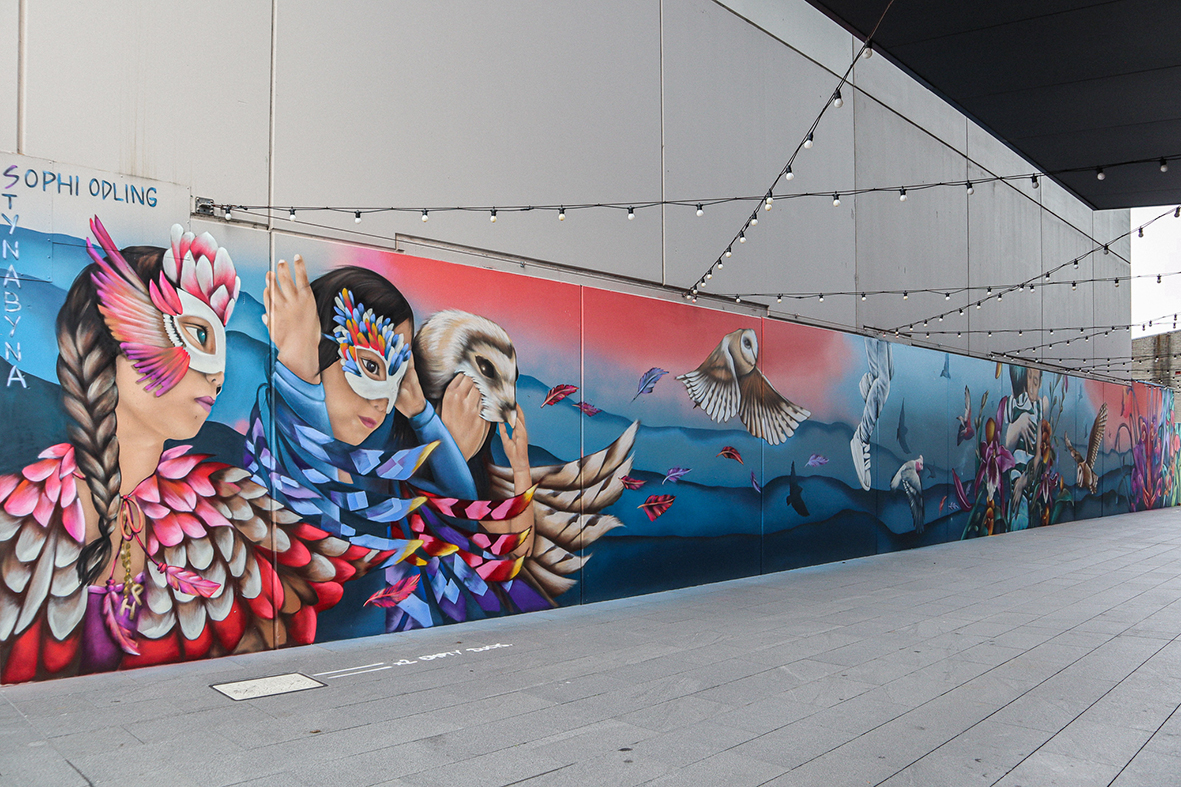 Located at the Quest Hotel on 39 Scott Street, Liverpool

Commissioned by Liverpool City Council, The Night Symphony is a collaborative mural by Christina Huynh and Sophi Odling.

This wide piece depicts themes of connection, the nurturing of our natural environment and celebrates the heritage of former the Liverpool Picture Palace, which opened to great fanfare on March 25 1911. In those early days, a captivated audience would watch pictures in motion back by music from an orchestra.

Set during dusk and dawn, where both nocturnal and daytime birds meet, the mural narrative depicts children dressed in native bird masks and costumes (Galah, Rosella, Native Barn Owl), preparing and taking flight into a theatrical performance. Eventually, they return to embrace one another among a crowd of native Australian flora, pink lily rock, and Chorizema peas. The surrounding elements of birdlife, feathers and petals dance and merge inward to symbolise human connection and our connection to the land. The mural ends with gigantic botanicals of Grey Box and Red Gum and Grevillea that flow around all that pass by. 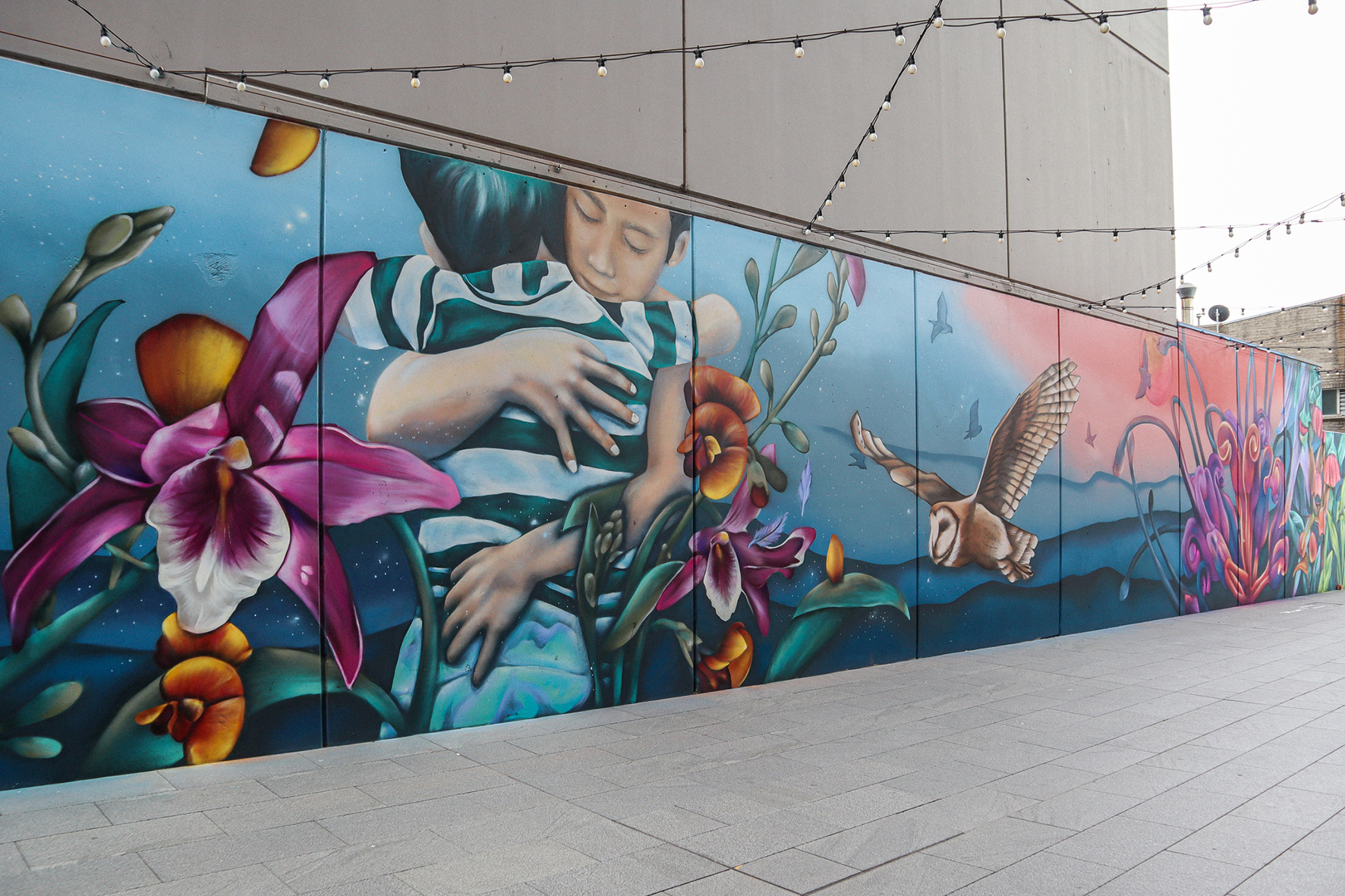